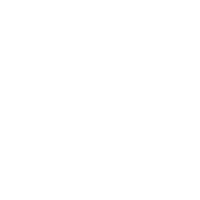 The True Cost of Food

Many people want to eat healthier but don’t believe they can afford to do so. The perception that healthier food is expensive is real. What’s not real is the kind of food that healthier options are usually compared against.

The opposite of real is fake. I won’t go so far as saying that most of the food Americans eat is fake, but it is at best a faint pass at what food really is: a product of nature.

Most American consumers are living on tight budgets, so the purchasing decisions we make must be prudent. If we are in need of a new car to get to work every day, we must buy the one we can afford, dream as we might about owning a Maserati. This logic usually extends to our decisions about food. We reach for the cheap bag of apples in the grocery store because they’re half the price of the organic apples and that’s all we think we can afford… as much as we might like to have the organic ones.

Decisions like these are not necessarily restricted to consumers on a tight budget. There are plenty of upper income shoppers who refuse to pay more for food. In fact, Americans spend less of their income on food than any other country in the world. According to US Department of Agriculture statistics from 2015, US consumer spend 6.4% of their income on food. Consumers in the UK spend 8.2%. There are ten countries worldwide where consumers spend more than 40% of their incomes on food! To put this in more perspective, Americans spend on average $2,392 per person a year on food (at home). By comparison, Americans spend about $555 per person per year on consumer electronics… TVs, video game consoles, tablets, etc., according to a report by NPD, a consumer research group. I guess we can take comfort that we’re not spending more in consumer electronics than food. But the fact that it’s barely four times as much is worth bemoaning.

We’ve grown to demand cheap food because cheap food permeates our culture. It’s a culture that seeks convenience and tends to see food as the product of a grocery store rather than a farm. Food businesses have proliferated on the coattails of this demand, chasing easy and sometimes enormous profits. Cheap food has become who we are.

Producing this cheaper food, however, has not been accomplished without great cost. And it is those costs that are often not factored into the price of cheap food. We call these “external” costs. One of them is the billions of dollars in subsidies that are paid annually to conventional farmers producing vast amounts of cereal crops using chemical pesticides, herbicides, and synthetic fertilizers. According to Food Tank, a non-profit food advocacy group that compiled a report in 2015 called The Real Cost of Food, those subsidies total $20 billion per year in the U.S. alone.

Another external cost is the additional billions of dollars in taxpayer funded cleanup needed to remediate the environmental mess caused by the use of said chemicals, as well as the byproducts of our factory farmed meat system.

There are other external costs from the impacts of our food system on global warming, biodiversity, and the regenerative ability of our natural resources.

But perhaps no external cost of cheap food is greater than the price we pay in our personal health. Food Tank estimates that excess weight and obesity costs $2 trillion a year globally in healthcare costs. Antibiotic resistance from our factory farmed meat costs about $55 billion a year. And billions more are spent on medical and prescription costs for our growing list of autoimmune diseases. There are now well over 100 documented types of autoimmune disease. Significant medical evidence traces many of them to dysfunctions in the gut precipitated by a poor diet of processed foods and excessive chemicals in our soil.

Discerning what’s an appropriate amount to pay for food is no easy task. Just because something is more expensive doesn’t mean it’s better. That’s a true statement for any purchase we make as consumers. With food, it’s even more difficult to confirm that you’re getting what your paying for because of the enormous number of decisions we must make about food. Let’s face it, buying a variety of food every day is not like buying one new washing machine every 10 years and deciding at the end of its life whether you got a good deal.

The other thing about food is you are never comparing apples to apples, pun intended. There’s so much complexity in our food system. This applies not just to restaurants, but markets and grocery stores as well. It’s enough to make your head spin and want to just throw your hands up in despair. But don’t… because there are too many truly genuine efforts to produce and sell amazing real food at a fair price point. This includes local family farms, and local family businesses, like The Juice Laundry.

What you can do as a consumer is to arm yourself with knowledge… and to trust those farms and businesses that are sincerely concerned about your individual health, and the health of our food system overall.